The Philadelphia Jr. Flyers are pleased to announce that alum Gera Poddubnyi has signed a two-year contract with Torpedo Nizhny Novgorod of the Kontinental Hockey League (KHL).

The Sarov, Russia native played three seasons with the Jr. Flyers organization, beginning with his Bantam Major year. He played 106 games and amassed 198 points (113 goals and 85 assists) during that time.

“When I first came to the Jr. Flyers Jerry Marks was my head coach” stated Poddubnyi. “He helped me get acclimated to the North American game. It was tough for me, but Jerry spent a lot of time with me, and I’m really grateful for him.”

“Rob Lewis was my head coach during my midget minor and major years. Rob taught me so much about the little things, and he helped me improve my individual skills. Rob is one of the reasons I have developed to where I am today” concluded Poddubnyi.

Poddubnyi chose Erie where he played three seasons with the Otters. He had 116 points (56 goals and 60 assists) in 198 games. He was a member of Erie’s 2016-17 J. Ross Robertson Cup championship team.

“Kris Knoblauch was my head coach during my first year at Erie” stated Poddubnyi. “We had so many conservations throughout the season. Without him, I personally wouldn’t be where I am today.  I’m also very thankful for Dave Brown, our General Manager, Chris Hartsburg, my coach the last two seasons, along with the rest of the coaches and Otters staff for all they have done for me” said Poddubnyi.

“I’m going into my first year of professional hockey, and I don’t know what to expect. All I know is that I must prove myself on every shift, and I know that I only can control the things that I can control so I must focus on what I can do to help the team. Hopefully, after two years I will have good start to my career, and I’ll be able to sign another contract with Torpedo or move on to the National Hockey League” said Poddubnyi.

Poddubnyi leaves for training camp in mid-July with the season scheduled to start in September. But before he goes, he has found memories of Ice Line and the Jr. Flyers. “The staff at Ice Line are like family to me. I love them and appreciate everything they have done for me. However, I am extremely grateful and thankful to Andrea and John Graves and the entire Graves family for being a major part of my life and helping me pursue my goal” concluded Poddubnyi. 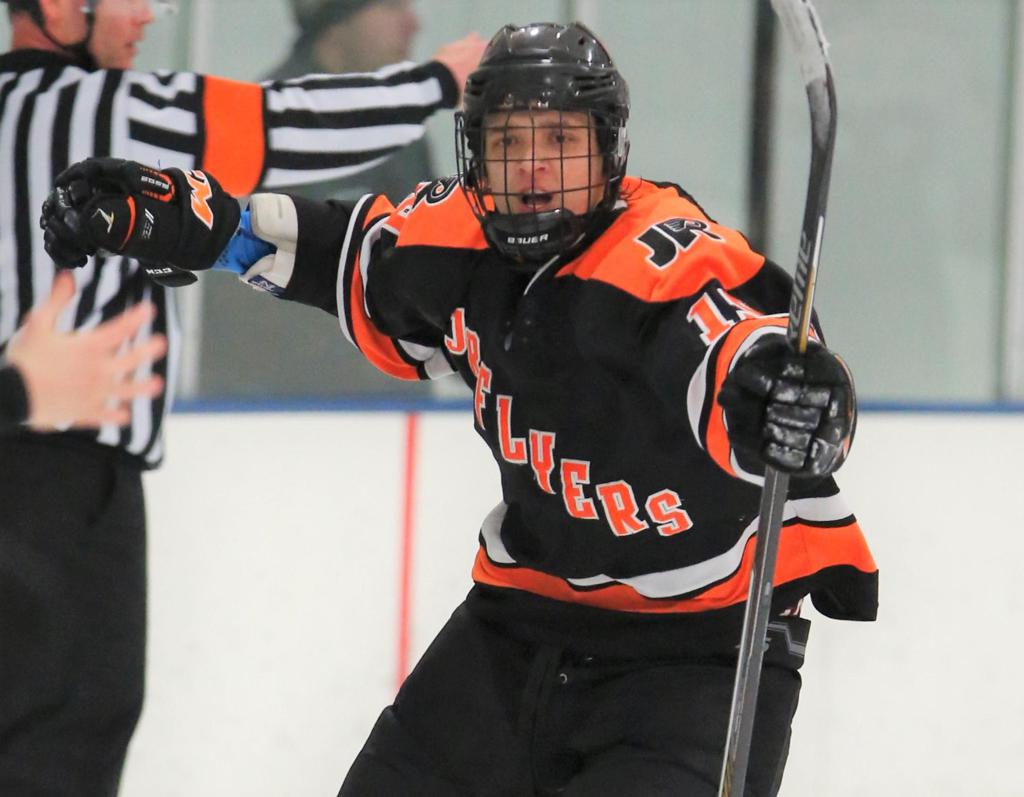