The JR Flyers 14AA-Elite team won the Mid-Atlantic Womens’ Hockey Association Championship this afternoon with a 2-0 win over the New Jersey Colonials.  The JR Flyers earned their way into the championship game with an 8-3 win over the Ramapo Saints earlier in the day.  The entire team played great hockey and the goaltending tandem of Sydney Heuges, who earned the shutout over Ramapo, and Veronica Schulden, who shut out the Colonials, were terrific!   Next up: the USA Hockey Atlantic District Championship! 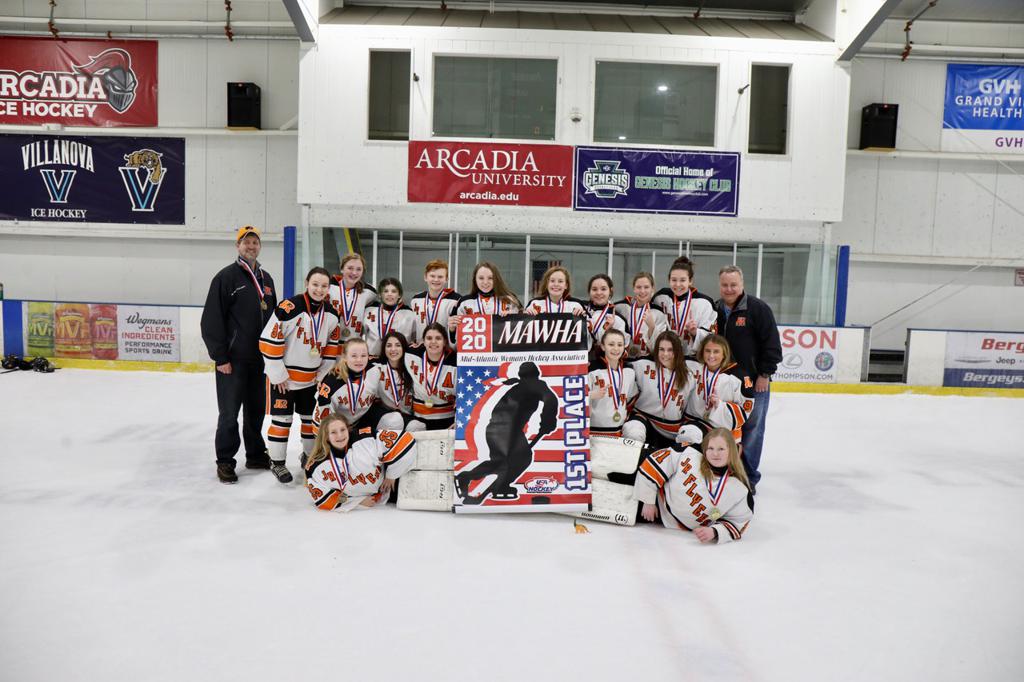