The Philadelphia Jr. Flyers Junior team, proud members of the Eastern Hockey League, is pleased to announce that defenseman Anton Martino has committed to play ACHA Division I Ice Hockey for the University of Michigan Dearborn Wolverines who play in the Wolverine Hoosier Athletic Conference (WHAC). His commitment begins in September 2020.

Martino, 20, played two seasons with the Jr. Flyers starting his first year with the Premier team and then moved up to the EHL team a quarter into the season. He had twenty-six points (5 goals and 21 assists) in 92 games.

“Anton came to us a year ago and started on our EHLP team” stated Domish. “After a couple of months, we gave him a few games at the EHL level, and he never looked back. He is someone who knows how to make the most out of an opportunity. This year he was a top four defenseman and was a key to our defensive core. I know he will do well at the next level as he is an extremely hard worker who will work for what he wants. I wish him the best in the future” concluded Domish.

The University of Michigan Dearborn is in Dearborn, MI. This past season the Wolverines had a 27-7-1 overall record and won the WHAC. The team’s head coach is Chris Haltinner. 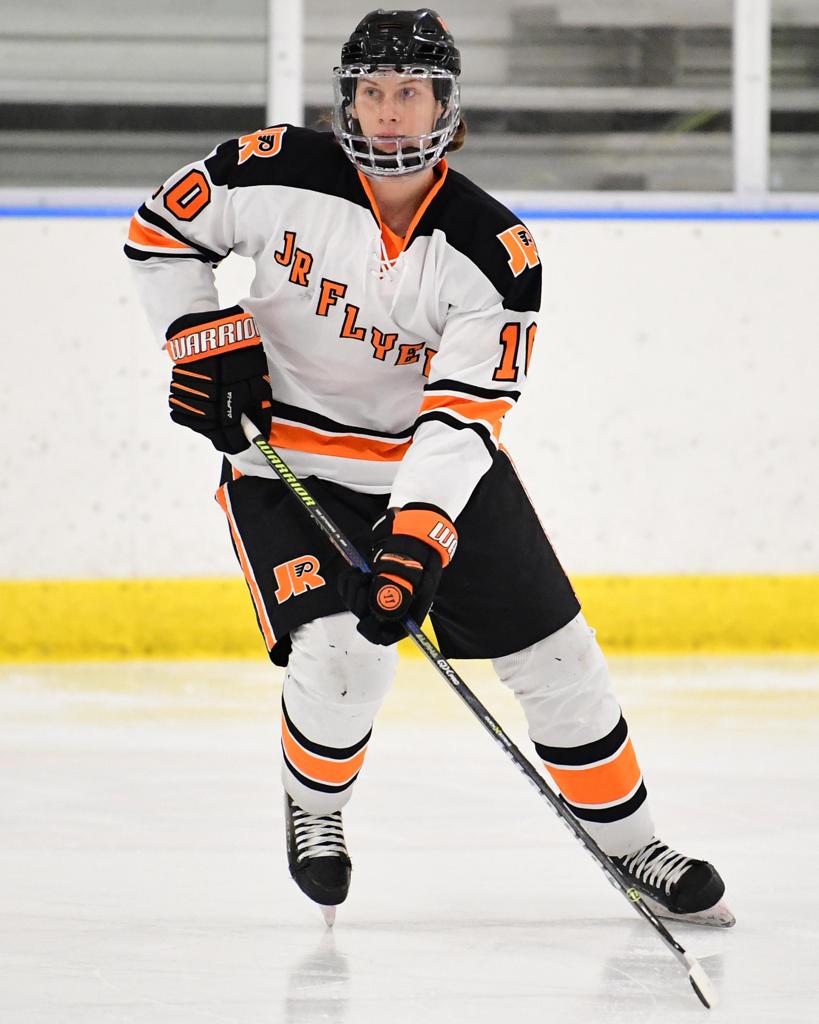