The Philadelphia Jr. Flyers Junior team, proud members of the Eastern Hockey League, is pleased to announce that forward Alex Burnett has committed to play ACHA Division I Ice Hockey for the Ohio University Bobcats who play in the Central States Collegiate Hockey League (CSCHL). His commitment begins in September 2020.

“I would first like to thank God and my parents, who've supported my hockey dream since day one” stated Burnett. “I also would like to thank my teammates, coach Jerry Domish and the entire Philadelphia Jr. Flyers organization for helping me develop into who I am both on and off the ice. I came to the Jr Flyers because I knew that they had both the tools and supporting cast to help me achieve my goal. I am where I am today because of that decision. I could not have done this without everyone around me during my time in Philadelphia” conclude Burnett.

“Alex came to our team this year and he was a joy to coach” stated Jr. Flyers head coach and general manager Jerry Domish. “He works harder than everyone, always keeps a positive attitude and this is what helped him become a vastly better hockey player by the end of the season. I just wished I would have had him sooner as he could have been an incredible player with better coaching in the past. I have no doubt he will be successful at whatever he does in the future as he has the drive needed to be successful. I wish him the best in his college career” concluded Domish.

Ohio University is in Athens, OH. This past season the Bobcats had an 8-5-1 record. The team’s head coach is Cole Bell. 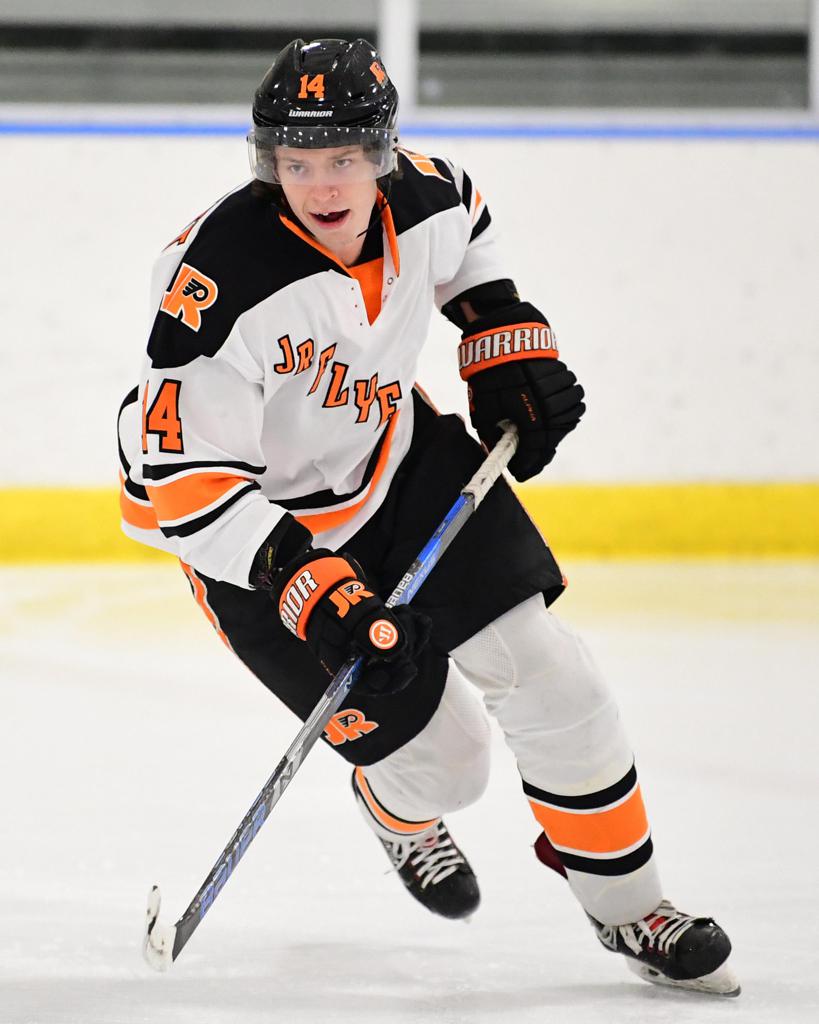