The Philadelphia Jr. Flyers Junior team, proud members of the Eastern Hockey League, is pleased to announce that forward Michael Chris has committed to play NCAA Division III Ice Hockey for the Manhattanville College Valiants who are members of the United Collegiate Hockey Conference (UCHC). His commitment begins in September 2020.

Chris, 21, played one season with the Jr. Flyers. The North Caldwell, NJ native had four points (2 goals and 2 assists) in 44 regular season games this year.

“Mike came to us this year from another program and he improved immensely during the season” stated EHL Jr. Flyers head coach and general manager Jerry Domish. “His hard work, dedication to learning helped him become a much better player and that same passion will make him a great addition to Manhattanville next season. I ‘m very proud of Chris and I wish him the best in the future” concluded Domish.

Manhattanville College is in Purchase, NY. The Valiants’ head coach is Arlen Marshall. This past season the Valiants had a combined 10-13-2 record. 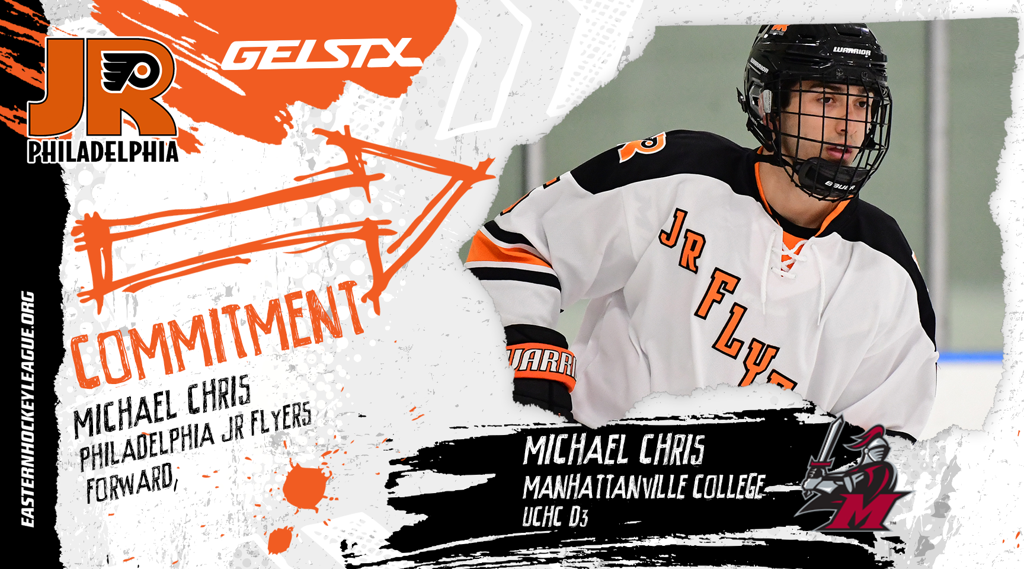