The JR Flyers 14 AA Elite avenged their only MAWHA loss of the season, defeating the Lady Patriots 14AA 6-0 Saturday night at Ice LIne. With the win, the team takes over the first place in the MAWHA 14AA Division.
The JR Flyers came out strong forechecking aggressively in the first period. Paige Muetterties came to play, netting the teams first goal at 10:39 of the first period, off the assist from Kylie Chandler. Paige kept the pace going later in the first, with her second of the game off an assist from Gracie Spicher. The JR Flyers didn’t allow a shot in the first period, exhibiting an aggressive fore check and strong neutral zone defense.
In the second period, Bella Acosta got the JR Flyers on the board, with Ashley Edmonds getting the assist. Later in the period, Grace Capecci kept the JR Flyers going of another assist from Edmonds.
The JR Flyers didn’t let their foot off the gas in the third period. Acosta notched her second of the game with 12:54 to go in the period. Bella recently returned from a long injury rehab, and now has 5 goals in 3 games since her return.
With 46 seconds to go, Paige Muetterties notched her third goal of the game, earning her second hat trick of the season.
Fiona Walker notched the shutout between the pipes, continuing a string of strong goaltending. The JR Flyers outshot the Lady Patriots 35-7.
That marks the last MAWHA game of the 2020 year for the JR Flyers. The team has been working hard, and is looking forward to a strong finish in 2021. 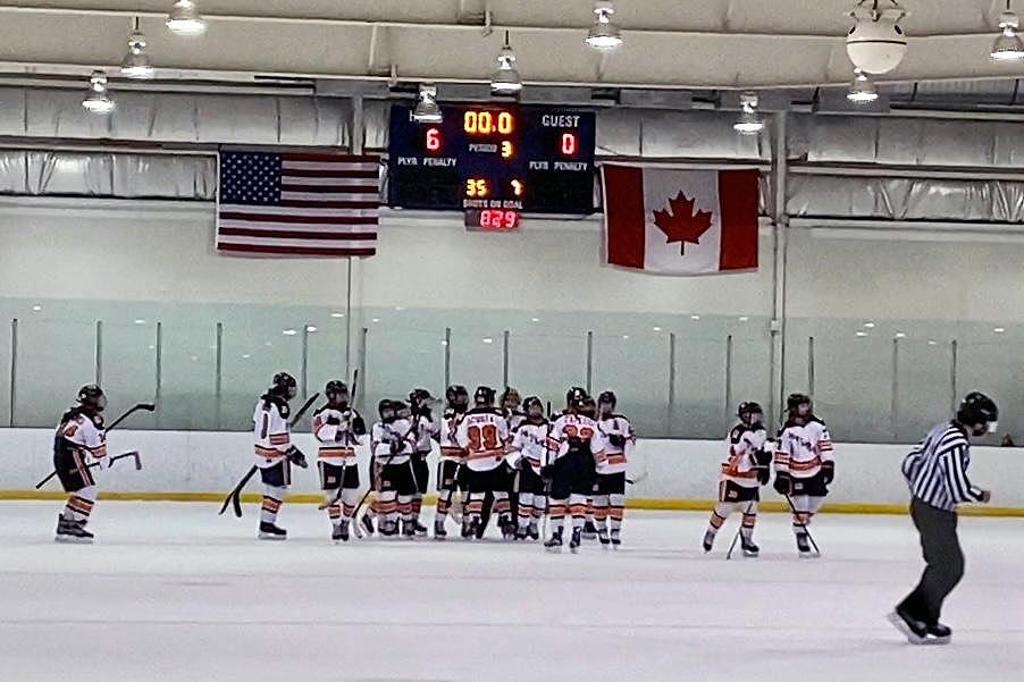