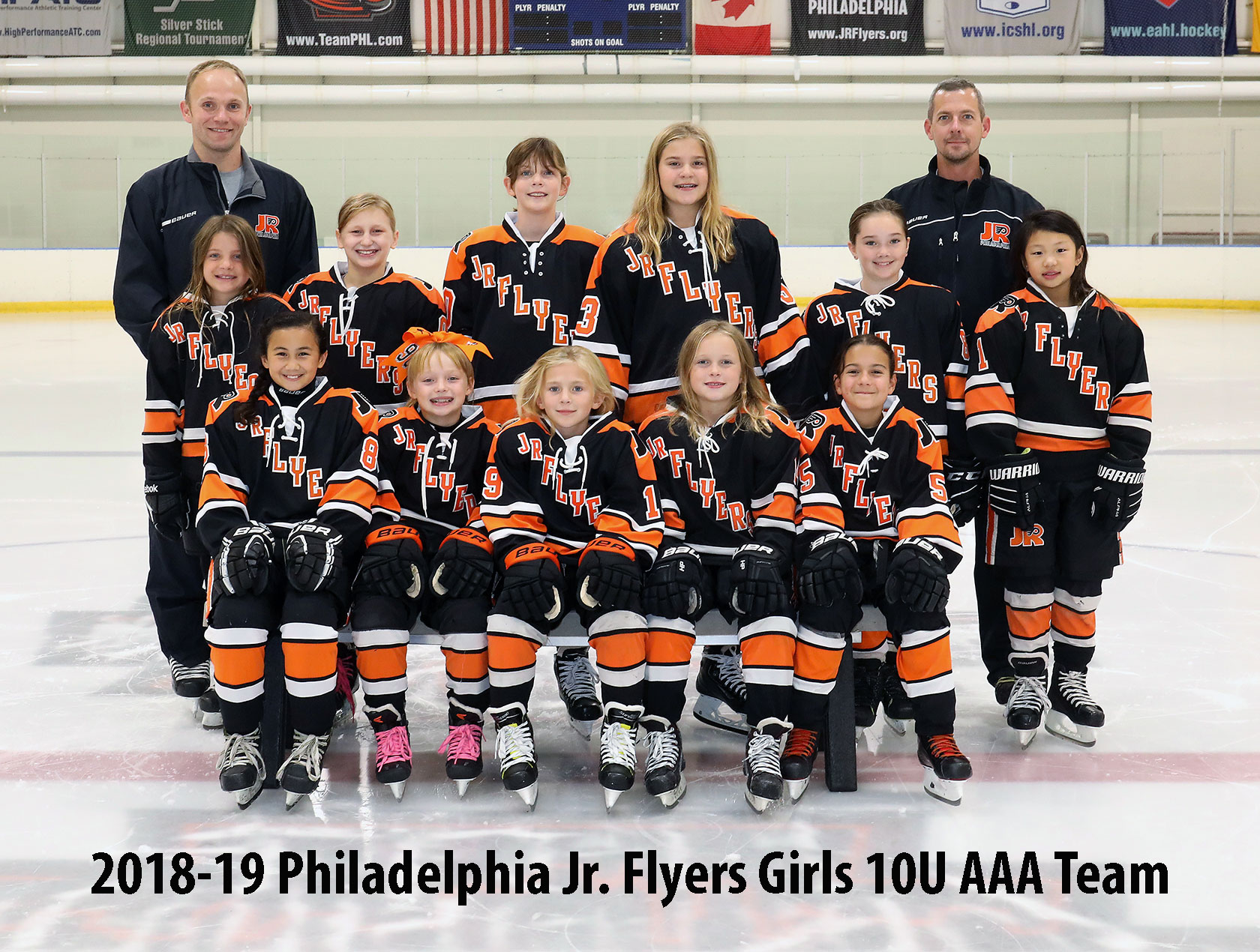 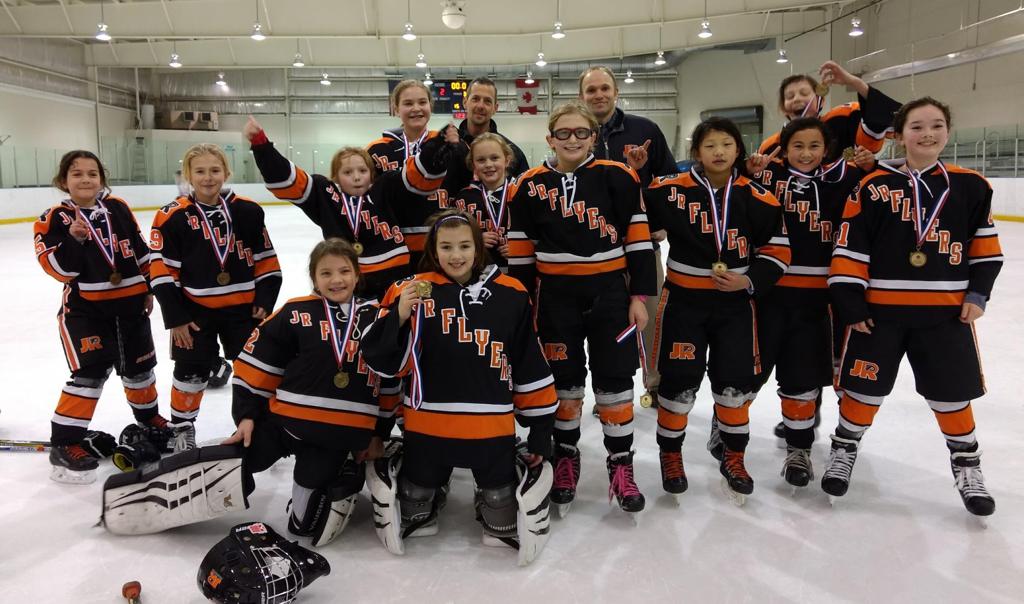 Congratulations to all for their selections at the USA Hockey Player Development Camp tryouts.

The following JR Flyers have been selected for the 2019 AAHA Girls Development Camp, held at Ice Line June 24-28:

Additional Congratulations for those that were selected for USA Hockey National Development Camps:

All camps are held at Herb Brooks Hockey Center in St. Cloud, Minnesota.

All players are active JR Flyers players for the 2019-20 season.

WEST CHESTER, Pa. — The Philadelphia Junior Flyers Tier I 16U girls team had its 26-game winning streak come to an end on home ice the morning of March 16.

By that evening, the Junior Flyers were in trouble.

The New Jersey Colonials, the team responsible for the only two Junior Flyers losses in games since Dec. 1, opened a 2-0 lead and were on the verge of taking the USA Hockey Atlantic District Tournament title and the automatic berth in the Chipotle-USA Hockey National Championships in Irvine, California.

Alexa Davis changed the direction of the series on the next shift.

Davis scored 22 seconds later, starting a streak of 10 straight goals to help the Junior Flyers pull out the series win and the nationals berth that went with it.2019 NATIONALS HOME

“You could see they were feeling the pressure,” coach Chris Baer said after his Junior Flyers rallied to take Game 2 6-2, then won the deciding game the next day 4-0. “They put a lot of pressure on themselves this weekend.

“They all went nuts and kind of piled up on each other. It was one of those goals.”

While winning those titles, the Junior Flyers had won seven out of eight meetings with the Colonials, one of their top competitors.

“We kind of knew what was at stake, so we kind of played a little tense the first five periods of the weekend,” Baer said. “Once we got our first goal, we kind of got the monkey off our back and loosened up and got back to playing the way we’re capable of playing.”

Baer said the six-goal third period left him confident going into the deciding game in which the Junior Flyers doubled the Colonials in shots, 46-23, and got a shutout from goalie Livia Krzywulak.GIRLS TIER I 16U HOME

The Junior Flyers head to nationals with a group of nine players who played for Baer at 14U nationals last season, placing third.

Among the players back from 14U nationals are Davis, Krzywulak and Grace Dwyer, the 2018 national tournament scoring leader.

Jessica Miller, Carly Marzano, Thalia D’Elia, Kylie Aquaro, Sydney Bradley and Emily Bozzi are the others from that team.

The Junior Flyers showed off their winning combination once they broke through in the third period while facing elimination in Game 2.

“Once we loosened up, we moved the puck a lot better,” Baer said. “We were pretty uptight the first five periods — making mistakes we don’t usually make and our D coverage was not that good. We weren’t moving the puck as well.

“When we’re moving the puck and playing kind of a speed game, we’re tough to keep up with.”

The Junior Flyers used their speed to earn power plays and convert on them. They went 2-for-4 in Game 2 and 3-for-6 in Game 3.

16U Girls are heading to Tier 1 Nationals in Irvine, Calif.

The Jr. Flyers 16UAAA Girls will be participating in the 2019 USA Hockey National Championships in Irvine, California from April 4-8.

The Atlantic District 16U T1 Champions currently boast a 48-12-2 record on the season.  In addition to their district championship, they have also won league & playoff titles for the JWHL and MAWHA, plus a tournament win at the JWHL Challenge Cup.

The schedule/seedings for the National Championships have not yet been released, but the team sits at #8 on MyHockey rankings.