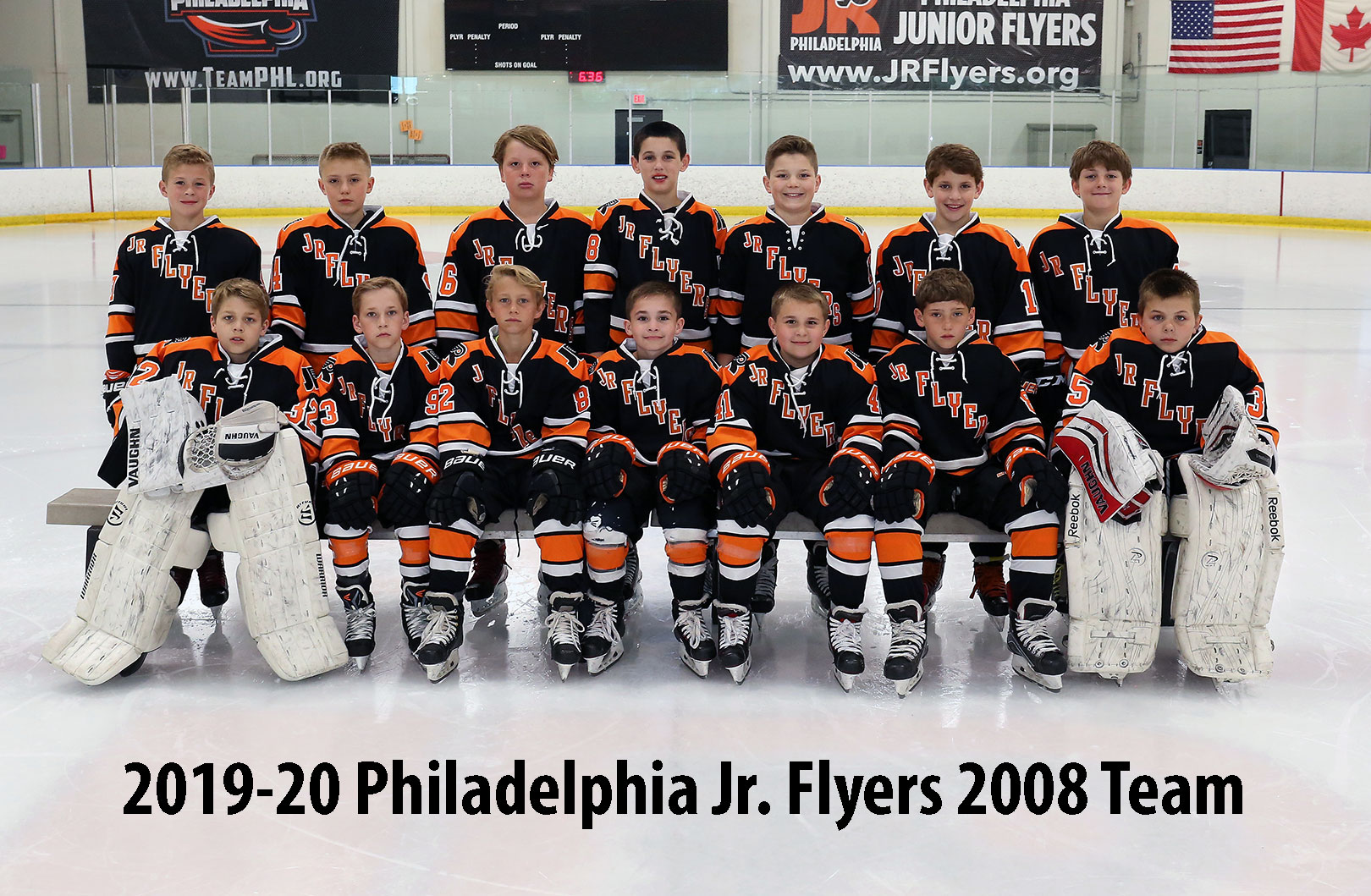 Pee Wee Minor Players of the Week – Dylan Miller, Forward
Dylan had a solid weekend scoring a shorthanded, game winning goal with only 6 seconds remaining to secure a 3-2 win against the New Jersey Devils on Saturday.

Pee Wee Minor Players of the Week – Grant Gale, Goaltender
Grant had a stellar game allowing only two goals in a 2-2 tie game on the road against the NJ Colonials on Saturday, February 1.

Pee Wee Major Players of the Week - Michael Coneen (Defense) and Blake Platz (Offense)
This past weekend, the 2007 Philadelphia Jr. Flyers swept a 3-game series versus the Washington Little Caps and solidified their spot in the AYHL playoffs.  Coach Joe Moran reflected on the performance of the team, "This was not our best weekend of hockey, especially through the first game and into the second.  We didn't really hit our stride until the 3rd period of that second game.  We had to gut it out through those first several periods.  We were playing hard but not getting results, so it was the determination of players like Michael Coneen and Blake Platz that got us through that grind.  The playoffs are not going to be easy, so I feel the team learned valuable lessons on how to gut out wins and also how to put games away."

Coach Moran on Michael Coneen, "Michael has been such a solid defenseman for us all season.  No matter what is asked of him, he jumps in and gets it done.  His toughness and determination were a big factor in our successful weekend.  Michael was dominant along the boards, and when he had the puck, he controlled the play and made good decisions.  The team only allowed 4 goals this weekend and Michael's play was big factor in that.  He also jumped into the action in the offensive zone by picking up a goal and 2 assists.  This was an all-around great weekend for Michael."

Coach Moran on Blake Platz, "Blake was injured and missed several games prior to this past weekend.  He returned to practice early in the week and I could just tell that he was like a coiled spring, just looking to get back on the ice and perform.  So it was no surprise to the team when the games started and we got the Blake we've come to expect with no lingering issues.  He was a bundle of energy throughout the weekend.  As an example, in Game 1, the team was creating a lot of offense but couldn't connect.  We were losing and the frustration was mounting.  That's when Blake hopped on a loose puck and potted a huge goal that got us going.  Blake was the spark we needed at that moment and for the rest of the weekend.  His energetic, fast-paced play was infectious."

Pee Wee Minor Players of the Week - Jake Kanzinger, Forward
Jake led the team with four points on Saturday, January 25 which helped the team capture a 10-5 win against the New Jersey Titans.