The Philadelphia Jr. Flyers EHL Junior team, proud members of the Eastern Hockey League, are pleased to announce that forward Connor Leighton has committed to play NCAA Division III Ice Hockey for the Salve Regina Seahawks who play in the Commonwealth Coast Conference (CCC). His commitment begins in September 2019.

Leighton, 20, posted 43 points (15 goals and 28 assists) in forty-six regular season games this past year. He had one point (a goal) in two playoff games.

The 5’9”, 179lb right-handed shot from Allentown, PA played both his bantam years and his midget minor year in the Jr. Flyers youth program. He posted 53 points (26 goals and 27 assists) in 66 games.

“I’m very excited and proud to commit to Salve Regina” stated Leighton. “Coach Klann made my family and I feel very comfortable on our visit and we fell in love with everything Salve had to offer me as a student athlete. I’d like to thank my family, my teammates and past coaches – Coach Domish and Coach Novodor – for helping to make me the person and player that I am today. I look forward to the next four years at Salve Reina and hope to win some national championships along the way” concluded Leighton.

“I’m extremely happy to see that Connor Leighton is continuing his hockey career at Salve Regina” stated head coach and general manager Jerry Domish. “I first had the opportunity to coach Connor at mites and then squirts. When he came back to play with us this year, I was very happy to have the opportunity to help him again at the end of his youth hockey career. He is a very hard worker and one of the greatest kids I have ever had a chance to work with. I know he will be very successful at the college level and I could not be happier for him” concluded Domish.

Last year the Seahawks came in first place during the regular season with 13-3-1 record. They posted an overall record of 18-7-2. Salve Regina University is in Newport, RI. 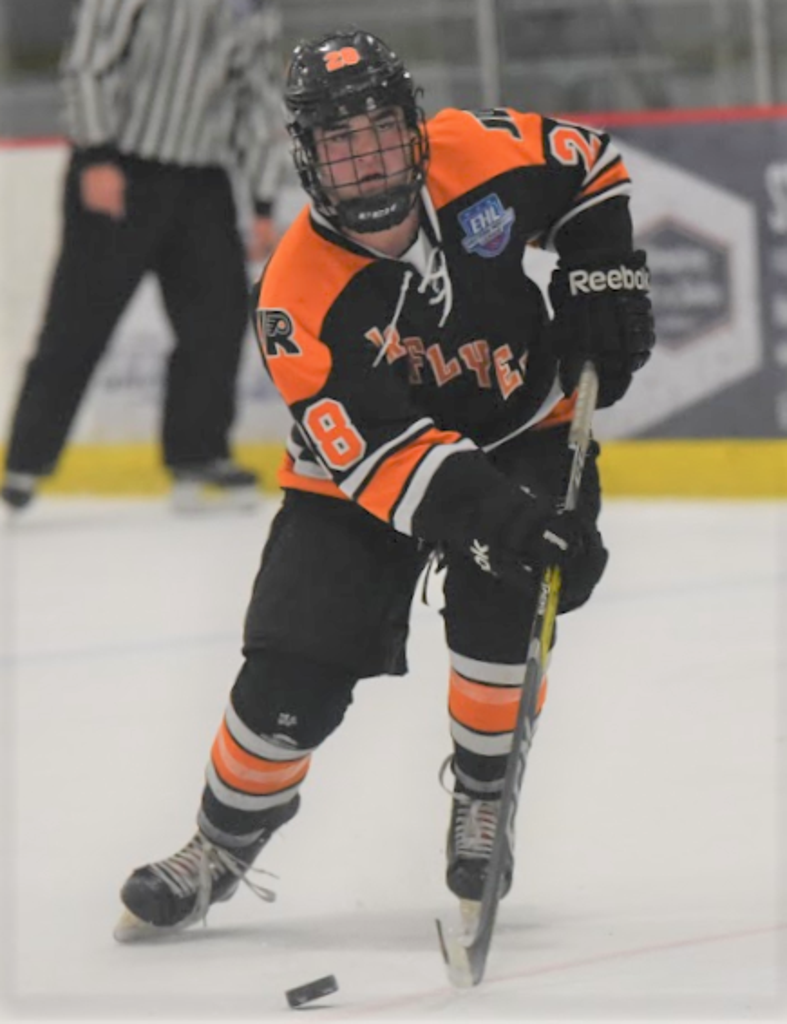