The Philadelphia Jr. Flyers EHL Junior team, proud members of the Eastern Hockey League, are pleased to announce that goaltender Tyler Roy has committed to play NCAA Division III Ice Hockey for the Neumann University Knights who play in the United Collegiate Hockey Conference (UCHC). His commitment begins in September 2019.

Roy, 20, joined the Jr. Flyers at the end of November and appeared in thirteen games. He had had a 3.14 goals against average and a .910 save percentage with one shutout.

The 6’2”, 174lb Brighton, MI native was the EHL’s goaltender of the week for week ending February 24 when he posted a .957 save percentage during that time.

“I’m very excited to commit to Neumann University” stated Roy. “I would not have gotten this great opportunity without a lot of help. I would like to thank my family for their endless support through the ups and downs of my entire hockey career. I also would like to thank the entire Jr. Flyers organization because there were so many people that helped me during my short time on the team, especially Coach Domish and Sam Hunt. I’m excited to get started with Coach Mountain in the fall. I look forward to winning a lot of games over the next four year” concluded Roy.

“Tyler came to us after the season had started and was a big part in our success last season” stated head coach and general manager Jerry Domish. “He came in and took over as our number one goaltender within weeks of being here. He is a very hard worker and all business at the rink. I know he will be very successful at Neumann and is joining many other Jr. Flyers alumni” concluded Domish.

Neumann University is in Aston, PA. The Knights head coach is Kyle Mountain. 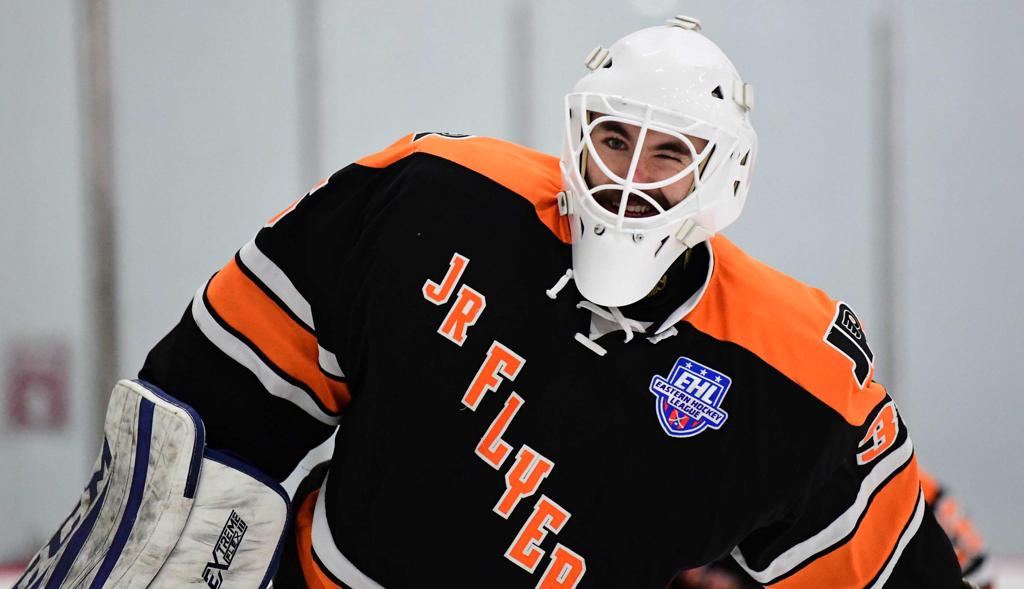